Playwright Romulus Linney passed away yesterday. Like Tennessee Williams, he too was a writer’s writer. Romulus wrote every day. And for 42 of those days he wrote at the Hermitage. One of the plays he worked on while with us was Love Drunk, mentioned in today’s New York Times obituary to which we have a link below. 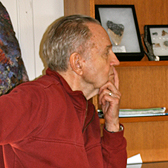 When playwright Tennessee Williams died at age 71 in 1983 reporter Mike Wallace delivered a most moving tribute to him in a radio eulogy. In this essay, Wallace described a writer (Williams) whose greatest gifts had long ago been exhausted but in spite of all that had happened to him, in spite of repeated public failure and public rejection, he described a writer who got up every morning, and wrote. Every morning. He was a writer’s writer. Writing wasn’t what Tennessee Williams did, it was who he was.

Playwright Romulus Linney died yesterday. Like Tennessee Williams, he too was a writer’s writer. Romulus wrote every day. And for 42 of those days he wrote at the Hermitage Artist Retreat. One of the plays he worked on while with us was Love Drunk, mentioned in today’s New York Times obituary to which we have a link below.

In the spring of 1990, Romulus Linney gave me one of my seminal theatrical experiences – one of the three or four experiences in the theatre, which I will never forget. It was at the Humana Festival of New Plays, produced by Actors Theatre of Louisville in Louisville, KY. The play was simply named “2.” It was the story of Hermann Goering, Hitler’s number 2 man, and it was set during the Nuremburg Trials. Florida Studio Theater subsequently produced the play in 1997.

My experience seeing “2” was transformational – I had never seen a play affect an audience, and felt a play affect me in quite the same way. At the end of the play, the audience finds itself in a very different place, from the place it expected to be. The play transforms from an artifact of history – the tale of what happened to a certain (monstrous) person at a certain time in history, to a visceral connection between the audience and the monster we have seen on stage. And the connection is made in a stunning, theatrical moment at play’s end. Breathtaking. When I asked him about the play during his Hermitage residency, he gave the credit to his Louisville actor, William Duff-Griffin. He said something like “When you have someone like Bill Griffin in the role, you just get out of the way.”

Generosity of spirit was characteristic of this southern gentleman. He was a committed believer in artist communities, and a former board member of Yaddo, where he often went to write. “Artist communities, writer’s colonies, save lives,” he told more than one Sarasota County audience, “they saved mine.” At a low point in his young career, he went to Yaddo, an artist community in Saratoga Springs, NY, where he found the encouragement of fellow writers restored his confidence and resolve. It fed him what he needed to go on. So he did.

Romulus was an unpretentious man with unlimited intellectual gifts, and down-to-earth tastes. He loved diner food. While at the Hermitage, he was a regular at the Hungry Hound Café, a hole-in-the-wall hidden in a strip mall in Englewood, Fl. As far as I know, once he found it, he took every evening meal there. He took everyone else he could get to go with him, too. When he left the Hermitage for the last time, we gave him a Hungry Hound T-shirt.

The generosity, which defined Romulus at the Hermitage, was most evident with how he interacted with some of the younger artists who shared their time with him. Both composers and painters sat at his feet, anxiously seeking his opinion and advice, which he gave honestly but with care.

When asked about his creative process, we would say with the twinge of a southern lilt, “I tell my subconscious that I plan to be at my desk at 8am, and I invite it to meet me there.”

As his New York Times obituary observes, Romulus never achieved the household recognition of a Neil Simon or a David Mamet. His one Broadway play closed in five days. But he was universally admired by his peers for his craftsmanship, scholarship, and his prodigious ability to mine the deep humanity of his characters. He loved history and used it often to write about his time.

“When this is all over, my writing will add up to the sum total of me,” he said in an interview quoted in the Times. “The choices I make with my writing have a lot to do with myself as an unfolding personality, so that in the end your writing is really your destiny. It’s a question of finding that central thing that’s yours to say and yours alone.”

Like Tennessee Williams, writing wasn’t what he did, it was who he was. He was a talent of our time, and his loss is shared by us all. 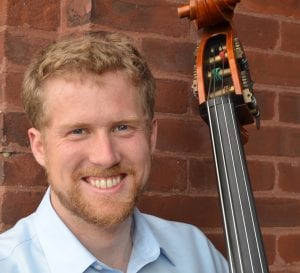 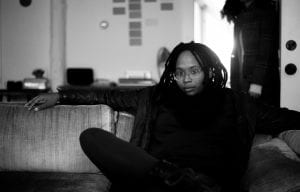