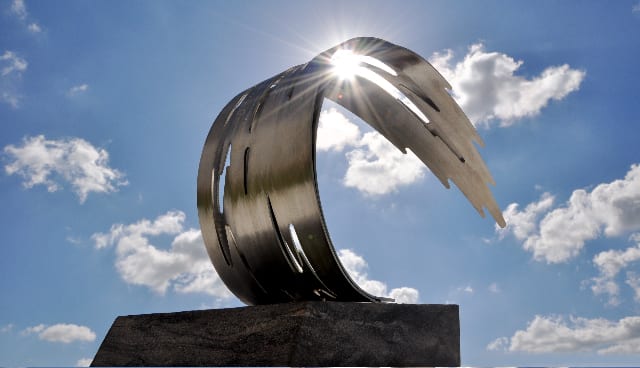 This groundbreaking partnership identifies individuals whose past work and future prospects position them to make a significant impact on our shared culture. The $30,000 commission, administered by the Hermitage, is awarded annually and rotates among drama, music, and visual art. The Hermitage Greenfield Prize recipient is awarded a Hermitage residency and two years to realize their commission. Sarasota County is always the first to enjoy these commission premieres, previews, and openings.

The Hermitage Greenfield Prize was established on September 19, 2008. On that date the trustees of the Greenfield Foundation voted to contract with the Hermitage Artist Retreat to create, administer, and promote a national prize. The prize is a $30,000 commission for a new work of art in any discipline selected by the Hermitage. In addition to the financial support, the prize offers assistance through a residency at the Hermitage, a producing partner in the form of a professional organization to participate in the early-stage development, and support to premiere and disseminate the finished work throughout the country.

This process represents the vision of Bob Greenfield, founder and past president of the Greenfield Foundation. Bob and his wife Louise are life-long lovers of art in all its forms. It was Bob who worked with then Hermitage Executive Director Bruce Rodgers to develop this plan for the Foundation’s significant, long-term investment. The real beginning was earlier in 2008 when Greenfield Foundation administrator Debra Jacobs invited Bruce for lunch with Bob and Louise to discuss an idea. At that lunch, Bob talked about the concept of “patronage,” and how individual artists no longer have patrons who support them as they did in the Renaissance. His idea was to make the Greenfield Foundation an annual patron of individual artists by commissioning work. From that exciting initial notion sprung the idea of a national prize, the reward of which would be the commission. As the idea grew, so did its budget. A national prize of substance requires sizeable resources to support it. And with wise counsel from Debra Jacobs, the Foundation expressed its willingness to support the administrative expenses attributed to the prize.

The original plan was to alternate commissions between drama and music but further discussion including the Hermitage’s National Artist Advisory Board added a third, flexible category for funding that would allow support for new media, new forms and combinations of disciplines. So now the prize rotates among drama, music, and what we describe as a “wild card,” allowing any form or forms to be commissioned by the prize.

In 2009, the first year of the prize, two commissions were given; one in drama for a new play, and one in music for a new piece of chamber music. The impetus behind the dual commission was to move to a two-year “gestation” period for future commissioned works while still bringing a new piece into the world by spring of 2010. The first commissioned work, Love and Irony by Craig Lucas had two performances of a staged reading in April, 2010.

While our history is still short, the future is bright and we are excited to be creating it year-by-year as new commissions inspire new work intended to have a significant impact on our world. Stay tuned.

The Greenfield Foundation is based in Philadelphia, PA, but funds charitable initiatives across the country. Its president and most of its trustees are members of the family of Louise and Bob Greenfield of Sarasota, Florida. Its net income, which exceeds $500,000 a year, is devoted to improving quality of life through contributions to not-for-profit institutions in the arts, education, health care and other services. The foundation originates and participates in innovative projects, which have a ripple effect beyond the immediate impact of the expenditures.

Examples of significant, high-impact programs funded by the Greenfield Foundation include the Temple Emergency Action Corps (TEAC) founded in the wake of Hurricane Katrina. TEAC’s mission is two-fold: to educate future physicians in medical disaster relief and utilize medical students as a resource for the provision of sub-acute disaster relief care. TEAC is dedicated to providing compassionate, culturally conscious medical care in cases of local, national and international disasters.

The Goldsmith Awards Program, administered through the Joan Shorenstein Center at the Kennedy School of Government at Harvard, launched in 1991, has as its goal the encouragement of a more insightful and spirited public debate about government, politics and the press. The program includes the Goldsmith Prize for Investigative Reporting, two book prizes, Fellowships and the Goldsmith Career Award for Excellence in Journalism. The $25,000 investigative-reporting prize has honored pioneering work by teams of journalists from across the country. The book prize has recognized distinguished scholarship by writers examining free speech, public television, race, journalism ethics, and campaign advertising.

Perhaps the newest large-scale project launched by the Greenfield Foundation is the Greenfield Youth Film Festival. The festival was founded on the simple idea of uniting high school students, media industry professionals, and members of higher education in a unique learning experience.

The philosophy of high-impact philanthropy seen in the programs above is reflected in the Hermitage Greenfield Prize as well. We are all to be very grateful to the Greenfield Board of Trustees for their wisdom, dedication, and passion for doing good and important work with their gifts. 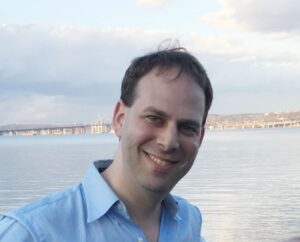 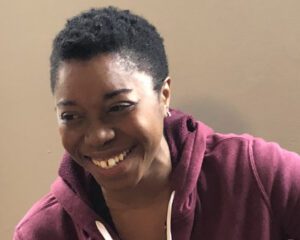 Donnetta Lavinia Grays’ play Kudzu Calling is an interweaving of poems and moments which seek to expand and complicate the Southern narrative – a celebration of Black Southern Love, Black Southern Queerness, Black Southern Playfulness, Culture, and Spirituality. It is the playwright’s love letter to the place that made her. Join the Hermitage Artist Retreat and Suncoast Black Arts Collaborative to experience excerpts from this work performed live on Zoom, followed by a candid conversation with the playwright. 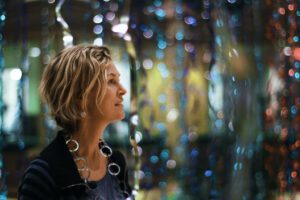 Acclaimed Hermitage Fellow and multi-disciplinary artist Anne Patterson’s work ranges from vast, cathedral-filling beauty to smaller, evocative watercolors alive with moment-to-moment discovery. With an eye informed by her experience as a set designer, her art invites viewers to inhabit new worlds, sometimes literally encouraging people to interact with a given piece. Patterson’s work has been exhibited at The Ringling Museum and commissioned by the Community Foundation of Sarasota County. Join the Hermitage and Sarasota Art Museum for a conversation about the unique way Anne’s creations burst into life and what is next for this visionary creator. Moderated by Hermitage Artistic Director and CEO Andy Sandberg.

Hermitage Fellow Anne Patterson is a multi-disciplinary artist based in Brooklyn. Her body of work consists of paintings, sculptures, and large-scale multimedia installations that combine sculpture, architecture, lighting, video, music, and scent. Drawing from her background in theater and opera set design, she uses these modalities to create an artistic practice, hovering somewhere between the visual, experiential, and immersive. Patterson’s large-scale installations have filled cathedrals, office buildings, and galleries across the country with miles of fabric, aluminum ribbon, and metal birds. Her most recent installation, “Art for Earth,” commissioned by the fashion house Ermenegildo Zegna, was made of thousands of lengths of fabric repurposed from Zegna fabrics. Anne has exhibited widely including solo exhibitions at The Ringling Museum and Alfstad & Contemporary. Her work has been shown at The Trapholt Museum, Denmark; Cristina Grajales, New York; Scope Art Fair, Miami; Aqua Art Fair, Miami; Building Bridges Art Exchange, Los Angeles; Valerie Dillon Gallery, New York; Denise Bibro, New York; Cade Tompkins Projects, Providence, RI and One Twelve Gallery, Atlanta. Her paintings and sculptures are in private, public, and corporate collections across the USA (Tishman Speyer, Tribune Media, Nortek, New York Presbyterian Hospital, Memorial Sloan Kettering Hospital, Rhode Island Blue Cross) and in London. Anne’s theatrical and symphonic partnerships have included Lincoln Center, Brooklyn Academy of Music, Arena Stage, The Wilma Theater, The Kennedy Center, Alliance Theater and prestigious symphonies throughout the country (San Francisco, Atlanta, Philadelphia, Chicago, Seattle).  Patterson was the 2014 and 2016 CODAaward Winner for Liturgical Art and received a Creative Capital Award in 2008. She is a proud Fellow of the Hermitage Artist’s Retreat. In Sarasota, her work has been exhibited at The Ringling Museum and commissioned by the Community Foundation of Sarasota County. Patterson received her B.A. of Architecture from Yale University and her M.F.A. in Theater Design from The Slade School of Art, London UK.