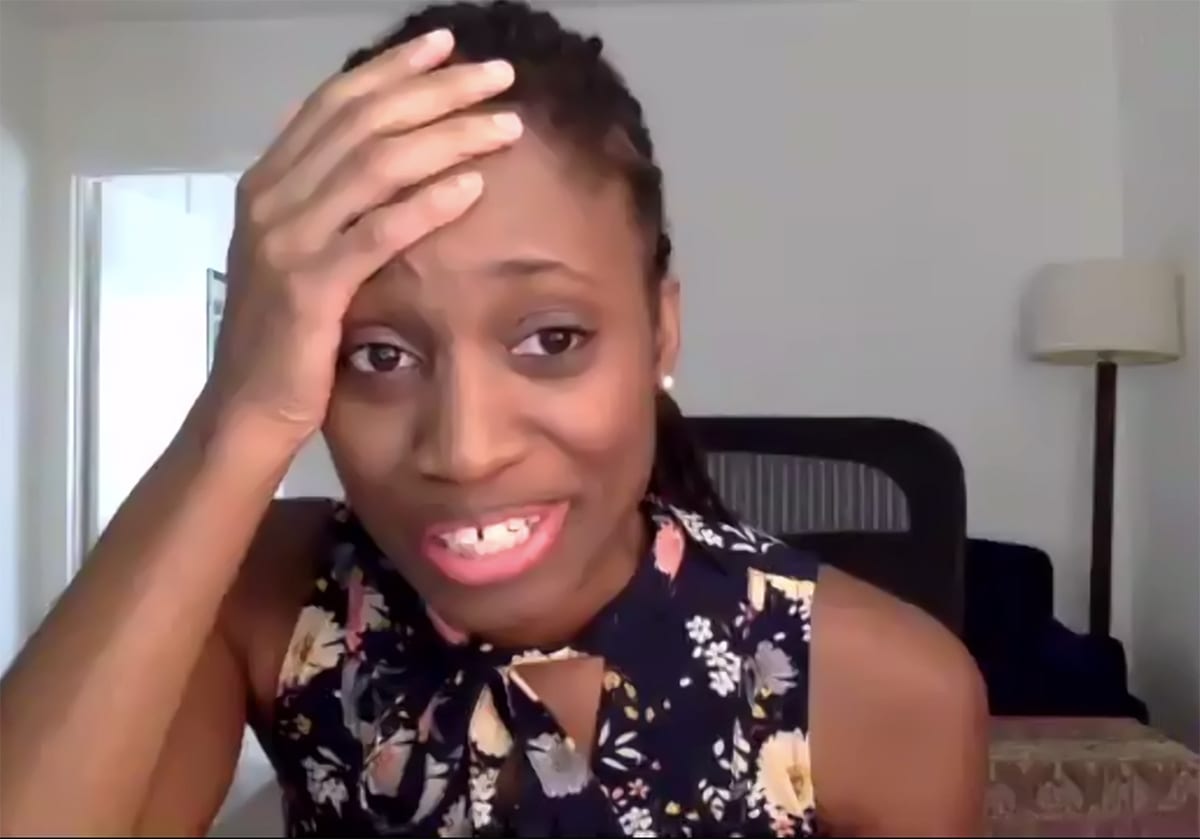 On Monday, January 11, Aleshea Harris received the news of her win via Zoom.

The Hermitage Artist Retreat, in collaboration with the Greenfield Foundation, has selected OBIE-winning playwright Aleshea Harris as the winner of the 2021 Hermitage Greenfield Prize, given this year in the artistic discipline of theater. Harris will receive a six-week residency at the Hermitage and a $30,000 commission for a new work, which will have its first public presentation in Sarasota in 2023 in collaboration with the Hermitage’s presenting partner, Asolo Repertory Theatre.

Jury Chair Mandy Greenfield stated, “Aleshea’s stunning body of work, including Is God Is and What to Send Up When It Goes Down, already distinguishes her as one of our most exquisite and fearless American playwrights. Her brilliant imagination, vast intellect, and innate theatricality guarantees a limitless future for her work and its impact. It was an honor to serve as a juror alongside distinguished theater-makers Nataki Garrett and Robert O’Hara. The Hermitage Greenfield Prize is a rare and special award that values and supports playwrights for their unique ability to reach and transform audiences. We celebrate Aleshea Harris; finalists Donja R. Love, Nikkole Salter, and Whitney White; the Hermitage Artist Retreat; and the Greenfield Foundation for the beautiful community it brings together with this prize.”

Aleshea Harris’s play Is God Is (directed by Taibi Magar at Soho Rep) won the 2016 Relentless Award, an OBIE Award for playwriting in 2017, the Helen Merrill Playwriting Award in 2019, was a finalist for the Susan Smith Blackburn Prize, and made The Kilroys’ List of “the most recommended un and underproduced plays by trans and female authors of color” for 2017. What to Send Up When It Goes Down (directed by Whitney White, produced by The Movement Theatre Company), a play-pageant-ritual response to anti-Blackness, had its critically-acclaimed NYC premiere in 2018, was featured in the April 2019 issue of American Theatre Magazineand was nominated for a Drama Desk award.

Harris will be celebrated at the Hermitage Greenfield Prize Dinner, an outdoor event at the John and Mable Ringling Museum of Art, on Sunday, April 11, 2021. For more information about this event, click here.

Visual artist Gowri Savoor discusses the importance of mapping systems within her work, and will facilitate an interactive, communal mapping experience that aims to connect us in this challenging time of physical-distancing. Poet Monica Youn will read from her manuscript in progress, which includes poems on the theme of deracination – to form a racial identity based on other people’s stereotypes, rather than from any central core of authenticity.

Gowri Savoor (pictured above) is a visual-teaching artist, whose practice includes sculpture, drawing and the Indian art of Rangoli. Born in England, she was educated in Manchester and Leeds, and moved to the United States in 2007. Savoor is the founder of A River of Light, an organization committed to bringing art to the community through participatory art events, parades and installations. Savoor has been a teaching artist for over twenty years with experience in arts integration and community building. She continues to exhibit both nationally and internationally. Further information and examples of her work can be found at www.GowriSavoor.com. Gowri Savoor’s Hermitage Artist Residency is generously sponsored by Jan & Bill Farber.

Monica Youn is the author of Blackacre, which won the William Carlos Williams Award of the Poetry Society of America. It was also shortlisted for the National Book Critics Circle Award and the Kingsley Tufts Award, longlisted for the National Book Award, and named one of the best poetry books of 2016 by The New York Times, The Washington Post, and BuzzFeed. Her previous book Ignatz was a finalist for the National Book Award. She has been awarded the Levinson Prize from the Poetry Foundation, a Guggenheim Fellowship, a Hermitage Fellowship, Witter Bytter Fellowship from the Library of Congress, and a Stegner Fellowship, among other honors. The daughter of Korean immigrants, and a member of the Racial Imaginary Institute, she teaches at Princeton and in the M.F.A. programs at NYU and Columbia. 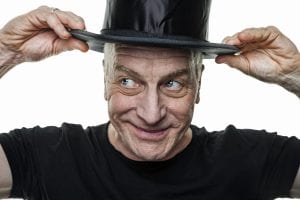 Celebrated mime and performer Bill Bowers will make the ancient art form of mime accessible to our contemporary audience. This Hermitage Fellow and “speaking mime” deftly intersperses narrative with stunning visual portraits. He invites a look at the humor, pain, and beauty of our humanity through simplicity and grace.

“To watch Bill Bowers is to see the technical elements of a style that brings Marcel Marceau readily to mind, joined to the American West. Mime can be wonderful – the air between him and us is his palette.”  -The New York Times

As an actor, mime, and educator, Hermitage Fellow Bill Bowers has traveled to all 50 of the United States, and throughout Europe and Asia. His Broadway credits include Zazu in The Lion King and Leggett in The Scarlet Pimpernel. Bowers has written and performed his own plays Off-Broadway and in theaters around the world. These plays include: Night Sweetheart ‘Night Buttercup, Under a Montana Moon, It Goes Without Saying, Beyond Words, and All Over the Map. Bowers has been hailed by critics as “the great American mime,” winning top honors at festivals throughout the world. He was a student of the legendary Marcel Marceau. 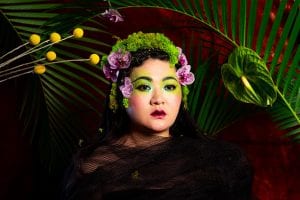 Born and raised in Shanghai, China, and currently based in New York City, Du Yun works at the intersection of opera, theater, cabaret, oral tradition, public performance, electronic music, visual art, and noise. Her body of work is championed by some of today’s finest performing groups and organizations around the world.

Known for her “relentless originality and unflinching social conscience” (The New Yorker), Du Yun’s second opera, Angel’s Bone, won the 2017 Pulitzer Prize. She was nominated for a Grammy Award in the Best Classical Composition category. As an avid performer and bandleader, her onstage persona has been described by the New York Times as “an indie pop diva with an avant-garde edge.”

Presented in partnership with Sarasota Magazine

Longtime columnist for the New York Post, host of “Theatre Talk” on PBS, and celebrated author Michael Riedel, along with Sarasota’s own “Mr. Chatterbox” Robert Plunket, will present a talk at the Hermitage Artist Retreat – a leading home for artistic creation and development– sharing candid and colorful stories of famed artistic projects in early development. Moderated by Hermitage Artistic Director and CEO Andy Sandberg.

Capacity for the live event is limited due to social-distancing. A live-stream will also be available. Registration required. Click here to register.

Michael Riedel has been the theater columnist for the New York Post since 1998. New York magazine has called his column a “must-read” for the theater world. Michael began his radio career as regular on the Imus in the Morning show in 2011. In 2017 WOR, New York’s oldest and highest-rated station, asked him to cohost its morning show with well-known sportscaster Len Berman. The Len Berman and Michael Riedel in the Morning show is the highest-rated morning radio program in the New York City area. Michael’s book Razzle Dazzle: The Battle for Broadway won the Marfield Prize for arts writing in 2015 and is widely considered to be the successor to William Goldman’s celebrated 1967 book about Broadway, The Season. A graduate of Columbia University, Michael lives in the West Village. 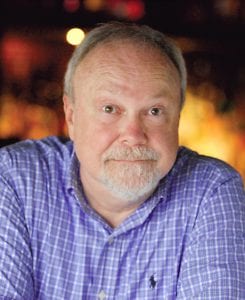 Robert Plunket (Sarasota Magazine’s own Mr. Chatterbox and a longtime contributing editor) is an acclaimed comic novelist whose works include My Search for Warren Harding (named by The Guardian as one of the 1,000 Novels Everyone Must Read) and Love Junkie. He’s also a sometime actor who appeared in Martin Scorsese’s After Hours.

Music can transform a single life, and literature can transform a whole culture. Henry Clarke will read from his latest work, as he challenges us to explore how writing helps us to record, interpret, and shape our culture and society.

Violinist Denise Dillenbeck will share musical samples as she reads from her memoir: How Beethoven Saved Me, exploring the relevance of classical music and its power to transform a life.

Henry Clarke (pictured above) is a writer and actor. Television credits include Chuck, House, Lie to Me, Blacklist: Redemption, Power, The Good Fight, FBI, and a Chinese television show called Action English. He has performed Off-Broadway with the SourceWorks Theater and Mint Theater, and regionally with the American Repertory Theater, American Conservatory Theater, Hartford Stage, L.A. Theater Works, and Shakespeare & Co., among many others. As a writer, his plays have been performed in festivals and university theaters, and one was commissioned by the U.S. Embassy for two tours of China. Henry holds a B.A. in English from Harvard University, an M.F.A. in playwriting from Smith College, and an M.F.A. in acting from The Moscow Art Theater School. Henry is currently writing a triptych of novels that explores the overwhelming systems of power and privilege that keep the bad guys on top, and what the good guys can do about it. 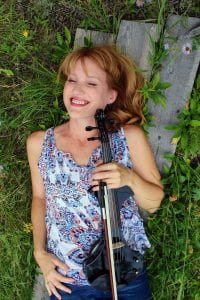 Denise Dillenbeck is a versatile musician with a focus in solo performance. She has toured Europe and America with the Philadelphia Orchestra, and has played with the Seattle Symphony, Baltimore Symphony, Pennsylvania Ballet Theater, Philly Pops, and many other orchestras across the U.S. She is currently concertmaster of the Yakima Symphony, York Symphony, Siletz Bay Music Festival Orchestra, Lake Chelan Bach Festival Orchestra and the Northwest Sinfonietta.  She was associate concertmaster of the Tacoma Symphony, and has served as concertmaster for orchestras across the states and in England and Germany. She is passionate about teaching, and has worked with dozens of violin students and young string quartets, and has also taught college courses on music, including a course on viewing world history and literature through the prism of Beethoven. As a teaching artist in the Philadelphia Orchestra’s Community Partnership Program, she led urban elementary school students in experiential music learning, and directed workshops on aesthetic education for classroom teachers and music educators. The San Francisco Chronicle hails her playing as “simply first-rate.”