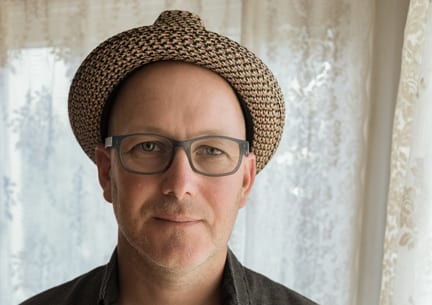 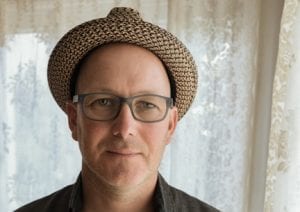 Two artists whose work has appeared at the Museum of Modern Art and Carnegie Hall will present insights on their art.

The Hermitage Artist Retreat’s Fridays @ 5 series continues March 15, 5 p.m., in the Palm House, 6630 Manasota Key Road in Englewood. Filmmaker Bill Morrison will present excerpts from his extensive filmography in a program entitled “The Decaying Frame,” and multimedia artist Laurie Olinder will present images of an installation of pattern and floral-inspired paintings and textiles in her program entitled “What’s Blooming Now?” Reservations for this free program are required and can be requested here.

In “The Decaying Frame: Time Made Visible,” renowned filmmaker Bill Morrison presents excerpts from his extensive filmography. Morrison’s films typically source rare archival footage in which long-forgotten, and sometimes deteriorated, imagery is reframed as part of a collective mythology. His work has been recognized with the Alpert Award, Creative Capital Award, a Smithsonian Ingenuity Award, and a Critics’ Choice Award, among many other recognitions. He was honored with a Guggenheim Fellowship, and offered a mid-career retrospective at MoMA. Additionally, Morrison has collaborated with the some of the most celebrated musicians and composers of our time, including John Adams, Philip Glass, Vijay Iyer, Kronos Quartet, David Lang, Steve Reich and Julia Wolfe.

In “What’s Blooming Now,” multimedia artist, photographer and textile designer Laurie Olinder will present images of an installation of pattern- and floral-inspired paintings and textiles. She will also show images of her immersive visualscape projections for “Spinning,” a musical work composed by MacArthur Fellow Julia Wolfe. Olinder is a founding member of New York’s Ridge Theater and has been recognized with an OBIE Award, a New York Dance and Performance “Bessie” Award and an Elliot Norton Award for Outstanding Design in the Theater. She has designed projections for numerous contemporary composers and performers, including John Adams, The Brooklyn Youth Chorus, The Brooklyn Philharmonic, Philip Glass, Michael Gordon, Henryk Gorecki, the Kronos Quartet, David Lang and Julia Wolfe. Her work has been shown at noted performance venues, including ART, BAM, Carnegie Hall, Lincoln Center, and MASS MoCA.

Before and after the program, browse through the Palm House’s newly renovated visual and performance spaces, made possible in part by funding from PGT Industries, The Selby Foundation, and Bayfront Builders.