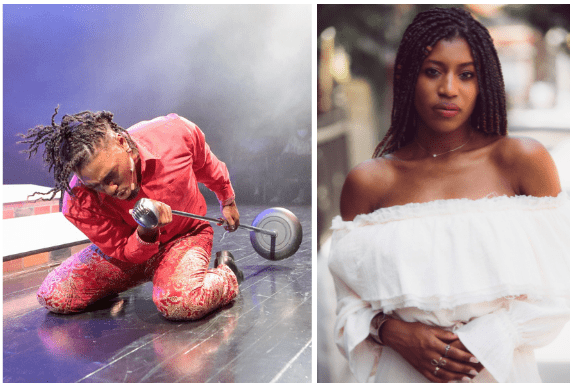 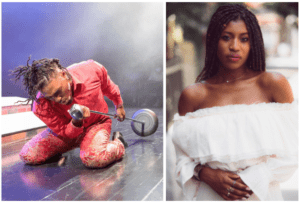 Made possible with generous support from the Koski Family Foundation

Designed to inspire and encourage generative work created by some of the best and brightest performers in our vibrant performing arts community, the inaugural year of the Cross Arts Collaborative celebrates the work of Tsebiyah Mishael Derry and Derric Gobourne Jr. Join these two remarkable performers as they share excerpts from the songs, poems, and other works that were developed during their residency at the Hermitage Artist Retreat.

Tsebiyah Mishael Derry is an actor, singer, and poet from New York. She is a graduate of Sarah Lawrence College, where she studied devised theater, history, literature, and at the British American Drama Academy in London. Recently, Tsebiyah worked at Florida Studio Theatre on the development of “Carry Me,” a new play by Rachel Lynett. She also does yoga and sings in a rock band. In 2021, she received a NYC Artist Corps grant for her solo music. Favorite acting credits include SKiNFoLK: An American Show (The Bushwick Starr), which received a NY Times Critic’s Pick, Collective Rage: A Play in 5 Betties (Trinity Repertory Company), Nina Simone: Four Women (People’s Light), and Romeo & Juliet (Hypokrit Theatre Co). TV: Hit & Run (Netflix). Tsebiyah’s music, including “Coastline,” is available on all music platforms. Tsebiyah.com

Derric Gobourne Jr. is a new jack swing artist from Sarasota, Florida. He has been a troupe member of Westcoast Black Theatre Troupe for nine years, starting with starring as Young Stevie in the Best of Stevie Wonder. In 2018, Derric completed his fifteen-city Love is My Message tour and released his debut album Supremacy, with tracks “Love Don’t Live Here Anymore” and “Call You Tonight” charting internationally. In 2019, Derric released his single “11:11 (sadboyhous),” which also hit No. 1 on the New Hot 941 Music Chart. 2020 saw Gobourne release a collaboration with DJ Nobody titled “Sweet Dreams,” which reached the iTunes charts in Germany and the release of a single called “Make Time from Love,” which featured over thirty artists from around the world. The single was released to raise money for organizations who help abused and neglected children. He released his sophomore album, Oh What Fun, a collaboration for Toys-for-Tots Sarasota in 2020, which garnered international attention in Japan, Kyrgyzstan, Taiwain, Germany, and Italy. He is currently working on his follow-up album, SH!NE. 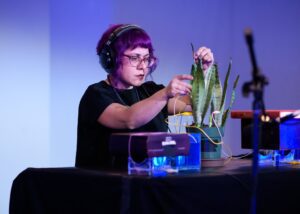 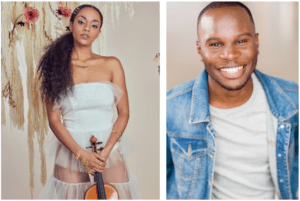 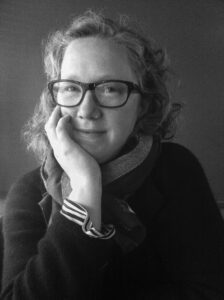 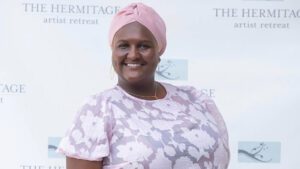