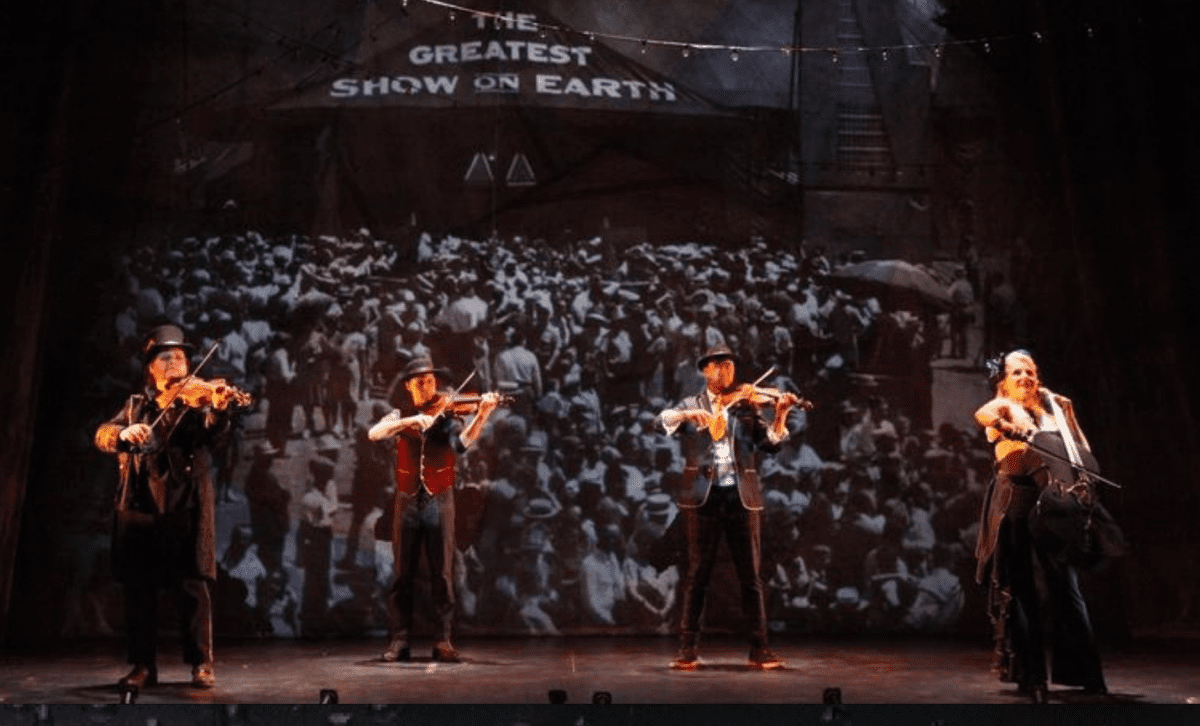 This article appeared in the Sarasota Herald-Tribune on May 3, 2020.

Sarasota’s circus heritage and photos from The Ringling archives provided the inspiration for the world premiere of “Circus: Wandering City” by the string quartet ETHEL at Historic Asolo Theater in 2018.

The production, which The Ringling co-commissioned with the Brooklyn Academy of Music’s 2018 Next Wave Festival, was presented for a weekend in Sarasota in January 2018. But now, the acclaimed quartet is making it available for streaming for free while the museum and live performance venues are shut down.

“Circus: Wandering City” will be available beginning at 3 p.m. Friday at ethelcentral.org. It also can be viewed through The Ringling’s website, Ringling.org or its social media sites.

The performance incorporates hundreds of images from the Ringling’s Circus Museum archives, which are set to original compositions by quartet members, who were inspired by the photos.

The idea for a circus-themed show came in 2015 when the ensemble members had a residency at the Hermitage Artist Retreat and performed their show “Documerica,” which was inspired by photos of environmental disasters from the Environmental Protection Agency’s files.

Dwight Currie, who was then Ringling’s curator for performance, suggested that Ringling’s circus photos might inspire a similar but different performance.

“I was just saying how evocative I find the images in the circus archives, and very little of it is actually on exhibit,” Currie told the Herald-Tribune before the 2018 premiere. “It’s just so foreign you just can’t help but imagine this and that. I said, how great would that be?”

Cellist Dorothy Lawson said the “subject of the circus is so full of the highest and deepest aspirations of the human spirit.”

The performance is a collection of vignettes performed by Lawson, Ralph Farris on viola and violinists Kip Jones and Corin Lee.

Herald-Tribune music critic Gayle Williams described it as an “immersive, nonstop rollout of an extraordinary docu-music-theater experience,” adding that it is “an incredibly imaginative creation owing to the vision and talents of an entire team of collaborators.”