• Sanford Biggers (2010) reconfigured quilts from the underground railroad addressing slavery and its lingering injustice. Exhibited at the Ringing Museum.

• Vijay Iyer (2012) addressed Trayvon Martin’s killing in a wind quintet with words of the Florida “Stand Your Ground” law incorporated into the piece. Performed at the Sarasota Opera House in collaboration with La Musica.

• Trenton Doyle Hancock (2013) created metaphors for good and evil in his autobiographical representations relating to his life as an artist and an African-American man in contemporary society. Exhibited at the Ringling Museum.

• Helga Davis (2019) is addressing interracial understanding in her music performance piece to be presented in collaboration with EnsembleNewSRQ in 2021.

• Jennifer Packer (2020) will address the lost black communities of Florida and lost black identity in her 2022 work to be exhibited at the Ringling Museum.

In addition, a number of Hermitage Fellows over the years have raised their voices, their brushes, and their pens to shine light on matters of equality and justice.

We at the Hermitage stand alongside our artists as we condemn the unjust murder of George Floyd and so many others. As an organization and as a community of artists, we vow to hold ourselves to the highest standards in combatting racism. There is no place for hate – in art or in life. We proudly support our Hermitage Fellows who engage in social justice reform and tell the stories that matter. 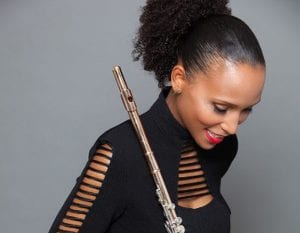 Arts Advocates, in collaboration with the Hermitage Artist Retreat, present
“Speaking of the Arts … Exploring and Supporting the Creative Process”
A conversation with Hermitage Artistic Director Andy Sandberg and musician/composer Allison Loggins-Hull

Registration for this free program is required – please register here.  You will receive an email with a Zoom link and instructions about how to join within 48 hours of the event. Please watch your inboxes!

Hermitage Artist Retreat Fellow Allison Loggins-Hull is a flutist, composer and producer. In 2009, she co-founded the duo Flutronix, which was praised by The Wall Street Journal for being able “to redefine the instrument.” She has performed at Lincoln Center, Carnegie Hall, and other major venues around the world. Loggins-Hull has been commissioned by The Metropolitan Museum of Art, Carolina Performing Arts, Alarm Will Sound and The Library of Congress. She is on the flute faculty of The John J. Cali School of Music at Montclair State University, and is a teaching artist at Carnegie Hall’s Weill Music Institute and The Juilliard School’s Global Ventures.

Andy Sandberg, an accomplished director and writer whose national and international career has been committed to new work and artist development, was appointed Artistic Director and CEO of the Hermitage Artist Retreat in 2019. In 2009, at the age of 25, he became one of the youngest producers in history to win a Tony Award. His theatrical work has been represented in New York City, London, and throughout the United States. Sandberg is a graduate of Yale University with a B.A. in English and Theater Studies. 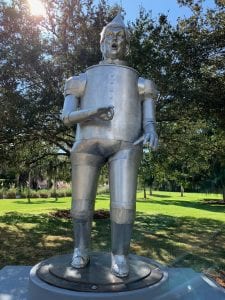 Join us for a discussion and Q&A about the controversy surrounding sculptures and public statues, the way artists are making an impact, and the responses of viewers.

An invitation link to the Zoom will be sent within 48 hours of the event to all registered attendants.

Free Hermitage programs like this are made possible by the generosity of our donors. Please help us continue to champion artists and the creative process. Support the Hermitage – click here to make a donation. 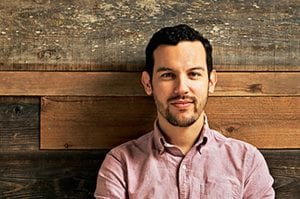 This outdoor event features three Hermitage artists-in-residence: composer and bassist Michael Kurth, poet Lynnell Edwards, and author Justin Torres. In Edwards’ book of poetry This Great Green Valley and Torres’ book and film We the Animals, each captures the sense of place of their childhoods. Composer and bassist Michael Kurth, meanwhile, defines his place as the bottom staff of an orchestral score. The artistic realms include music, film, and the spoken and written word. In every realm, each artist has created a place of their own. As the sun sets over the Gulf of Mexico, Edwards and Torres will read from their celebrated works, and Kurth will delight audiences with his string bass and bass ukulele.

Admission is free but registration is required. CLICK HERE TO REGISTER. Capacity will be limited to accommodate safe social distancing, so early reservations are recommended. Masks are strongly encouraged.

Lynnell Edwards is author of author of several poetry collections, including This Great Green Valley, Covet, The Highwayman’s Wife, The Farmer’s Daughter, and the Kings of the Rock Hot Shop. Her work has appeared in New Madrid, Connecticut Review, Cincinnati Review, and Pleiades, and her poems have been featured on Verse Daily. She is an associate professor of English at Spalding University in Louisville, Kentucky. Edwards is a founding member of Louisville Literary Arts and serves on the Kentucky Women Writers Conference Board. A recipient of the Al Smith Fellowship, Edwards holds a Ph.D. in rhetoric and composition and a master’s degree in creative writing, both from the University of Louisville.

Michael Kurth was born in Virginia and grew up near Baltimore. After starting to play double bass in fourth grade he went on to get his bachelor’s degree at Peabody Conservatory. Kurth has been a member of the Atlanta Symphony Orchestra bass section since 1994. He was named “Best New Composer 2017” by Atlanta Magazine. The Atlanta Orchestra has given world premieres and released an album of many of his orchestral and choral works. In addition, his works have been commissioned and performed by symphonies, choruses, ensembles, instrumentalists, and colleges. He serves as Composer-in-Residence for the Riverside Chamber Players of Roswell, GA., which has premiered many of his chamber works and recorded “The Music of Michael Kurth: String Quartets.” He teaches at Emory University.

Justin Torres has published short fiction in The New Yorker, Harper’s, Granta, Tin House, The Washington Post, and other publications, as well as non-fiction pieces in publications like The Guardian and The Advocate. A graduate of the Iowa Writers’ Workshop, Justin’s New York Times bestselling novel We the Animals has been translated into 15 languages and was recently adapted into a film. It premiered at the Sundance Film Festival and was nominated for five Independent Spirit Awards. He was a Wallace Stegner Fellow at Stanford University, a fellow at the Radcliffe Institute for Advanced Study at Harvard, and a Cullman Center Fellow at the New York Public Library. The National Book Foundation named him one of the 2012’s “5 under 35.” He was the recipient of a grant from the National Endowment of the Arts, a Rolón Fellowship in Literature from United States Artists, and the VCU Cabell First Novelist Award. He lives in Los Angeles where he is an assistant professor of English at UCLA.

“Triple Current” promises a gentle sonic sound from an extraordinary Hermitage artist that reflects the peace and beauty evoked by Selby Gardens as part of our “Hermitage Sunsets @ Selby.”

Composer, santur player, trumpeter and vocalist Amir Elsaffar will preview a new work that is set to premiere in November in New York. ElSaffar’s piece, commissioned by the Jazz Coalition, uses the currents of electronics as they’ve never been used before. Our Sarasota audience will be the first to hear this brand new work!

ElSaffar is an important voice in an age of cross-cultural music, cited as “one of the most promising figures in jazz today” by the Chicago Tribune. Expert trumpeter with a classical background, ElSaffar has created techniques to play microtones and ornaments idiomatic to Arabic music that are not typically heard on the trumpet. He is a purveyor of the centuries old, now endangered, Iraqi maqam tradition, which he performs actively as a vocalist and santur player.

Awards and commissions include the Doris Duke Performing Artist Award, Hodder Fellowship at Princeton University, Metropolitan Museum of Art, Chamber Music America, Jazz Institute of Chicago, as well as traditional Middle Eastern ensembles, chamber orchestras, string quartets, and contemporary music ensembles, and dance troupes.  His commission performed at the Newport Jazz Festival made a clear emotional connection to the audience with its visceral passion reflecting the sectarian violence of the Middle East, receiving a rousing standing ovation.  With resonance as his governing principle, ElSaffar creates a unique microtonal musical environment that moves beyond the notions of style and tradition.

Audience members are invited to bring their own chairs and blankets.

Capacity will be limited, so RSVP is required. All seating will be socially distanced; audiences are requested and encouraged to wear face masks.

In the event of rain cancellation, registrants will receive a notification via email no later than 3pm on the day of the event.